So that has all been a whirlwind! I am really having to take a few days out and just chill in the hotel to take in everything I have seen. I am keeping a personal notebook of all the cool History

things I have seen so far, and its going so well. I really think I might publish it when I get home – if it is good enough anyway! But now it really is time to just chill and think about whats next. I thought why not share my next top destinations. Its a great excuse to do a little bit of research and be helpful to others out there that want to travel too!

As part of its 150th birthday celebrations in 2017, Canada is waiving entry fees to many of its top attractions, including its national parks, historical and marine conservation sites. There are year-long celebrations planned in cities across the country from Vancouver to Quebec City — where 40 vessels will visit the harbour for a tall ships regatta in July. See the best of the scenery on Explore’s walking tour in the Rockies, which takes in the Kootenay, Jasper and Banff national parks. You’ll also travel the Icefield Parkway, one of the world’s most scenic drives. The 14-day tour is from exhausting, with eight nights’ camping and four nights in a hotel or hostel, including meals, flights and transport.

Sterling has held up reasonably well against the Romanian leu since the EU referendum (now about five to the pound) — and the Post Office says Romania is one of the strongest-growing countries for currency sales, up by 27 per cent in 2016. Add to that the cheap cost of living and cut-price breaks from last minute (one week room-only at a three-star hotel in Bucharest is from £193 with flights). It’s a day trip from Poiana Brasov to the 14th-century Bran Castle, used as the fictional home of Dracula. Busabout is offering a new seven-day Hallowe’en Trek through Hungary and Romania from £479pp with breakfast and sightseeing including a trip to Bran Castle.

Lithuania is another top pick for a budget trip in 2017; the average cost of two nights’ three-star accommodation during weekends in Vilnius, the capital, is £66, according to the latest Post Office Travel Money City Costs Barometer. Ryanair has flights to Vilnius and Kaunas, the second city, starting at about £60 return from Stansted. Wizz Air has similar fares from Luton. The Post Office survey also found that a bottle of beer (330ml) costs £1.58 on average, a glass of house wine (175ml) costs £2.28, and a three-course meal for two with a bottle of wine is £43 in Vilnius. In the capital, visit the Palace of the Grand Dukes and the intriguing KGB Museum. In Kaunas, explore the labyrinthine streets of the old town with its many cosy bars and restaurants. Stay at the stylish and fun Moon Garden Art Hotel in Vilnius.

Now please forgive me for being so budget conscious as always! I cannot help it! Its just important to me at the moment. I have to say I have used this post a little bit like a note book to help me organise a few sites and deals I hope to get. But I am not finished yet, I think I will put together my top 4 places and then start to make some serious decisions. 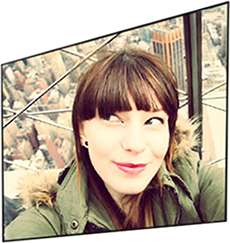 Welcome to my little blog. I am K (short for Katrin). I'm from Iceland. I'm pretty quiet and I don't have a plan! I am travelling around the world looking for art, history and good food!